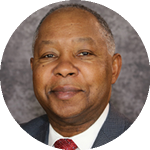 Katherine Johnson, Dorothy Vaughan, Mary Jackson and numerous other colleagues, known as the “West Computers,” are finally receiving their due from another African American woman, Margot Shetterly, in her book and Oscar-nominated movie Hidden Figures.

President Barack Obama also recognized Katherine Johnson, a physicist, scientist and mathematician, with the Medal of Freedom in 2015 for her service to NASA.

As a native of North Carolina during the Jim Crow era, I know firsthand the impact of racism, including the sting of colored and white schools, bathrooms and water fountains. Despite legalized segregation, pernicious racism, sexism and blatant hate throughout society, the West Computers — these “Sheros” — made major contributions to NASA and the space program. We stand on their shoulders!

I applaud the faith, dignity, courage, tenacity, and academic and engineering excellence of the named and unnamed West Computers. They demonstrated the long-held African American adage, “You have to work three times as hard to get half as far as the white man and still you will have miles to go.” Ms. Vaughan, Ms. Johnson, Ms. Jackson and their co-workers are true role models for ambitious women of all races and backgrounds today.

Margot Shetterly’s book and movie raised several questions for me. Why has this true story remained hidden for so long? Why wasn’t this set of facts included in my history, science, math or engineering curriculum and textbooks throughout my educational experience? Are there more “unsung heroes” that we do not know about? Students should ask these questions every day, and teachers and faculty should be prepared to respond in the affirmative!

This true story offers insights on two levels — opportunity loss and the strength of diversity. Continued segregation and discrimination rob our society of great talent, innovation and leadership in engineering. It also demonstrates that intellect and talent are not vested in one group or another, that diverse teams, despite rampant inequality, can achieve great things that benefit all citizens of our nation and the world. Just imagine what we could do when the nation decides to value and leverage our differences and similarities in pursuit of equality and justice for all and the American Dream.

Our country and the world need more talented engineers. African Americans, Hispanic/Latinos, Native American Indians and other underrepresented citizens — female and male — are a ready source. I offer a Call to Action:

Learn more about what Ohio State is doing to support women in STEM. 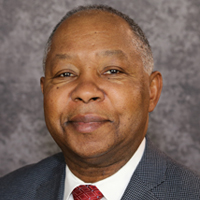