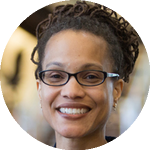 Tiyi Morris, an associate professor of African American and African Studies at Ohio State Newark, talks about the choice of Harriet Tubman as the new face of the $20 bill.

The announcement that Harriet Tubman will be the new face of the $20 bill is newsworthy of celebration. Despite mixed reviews prompted by the news, a Black woman on United States currency is long overdue. Because currency is a significant representation of a nation’s history and values, the fact that Blacks have been omitted from such an opportunity is yet another example of how far we are from being post-racial.

One of the arguments against having Tubman on the bill is that she will be a constant reminder of slavery. I think placing Tubman on the $20 bill is no more a perpetual reminder of slavery than is Andrew Jackson’s or George Washington’s face. In fact, I would argue that Tubman is less a representation of slavery than Jackson, Washington or any other slave owner and instead exemplifies resistance, liberation, courage, wisdom, justice and determination.

Her image will constantly remind us of the power of Black women, even at a time when they were legally the most powerless members of society. At the same time, she represents a story that is not often acknowledged — that of Black women’s agency as important historical actors who helped shape our nation.

Black women’s experiences have so frequently been ignored and denied that we too often forget their lives, perspectives and contributions have been essential to our nation’s development. And without their full inclusion, our history is at best incomplete.

Take Tubman herself as an example. Most people associate her with the Underground Railroad. Significant as her efforts in that endeavor were, they are only part of her life’s work. She also was a nurse, military scout and spy for the Union Army, who led three gunboats of Black soldiers up the Combahee River in a June 1863 military raid liberating hundreds of enslaved Blacks.

She was an early champion of women’s rights, fighting for women’s suffrage and petitioning the federal government to recognize her military service and pay her a pension. She often took care of the people she liberated, providing housing and financial support when possible, and establishing a home for the elderly in her later years.

Her life, like the lives of many Black women, is one that provides an important counter narrative to the traditional American story. Whiteness and maleness have become synonymous with progress, advancement and American values because they are the ones who have traditionally been represented.

Thus, highlighting a Black woman on our nation’s currency is one step toward shifting our consciousness away from the traditional normalization of white patriarchy.

Tubman was a champion of freedom and justice who survived against formidable odds and represents the ideals on which this nation was founded. 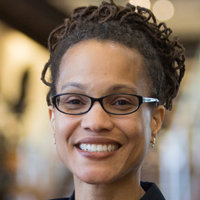 Tiyi Morris has an interdisciplinary research and teaching focus that combines the fields of American History, Black Studies and Women’s Studies. She has written a book about the Mississippi-based, civil rights organization Womanpower Unlimited.