What Ohio State can do about the refugee crisis 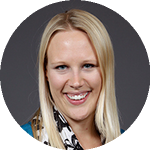 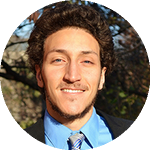 Although it may seem far removed from our homes here in Columbus, we are experiencing the largest refugee crisis since World War II.

According to the United Nations, there are approximately 60 million refugees and internally displaced people (IDPs) worldwide — the highest number ever recorded. A calamity of this magnitude is almost beyond comprehension, but that is approximately one in every 124 people.

Much of this crisis is being driven by mass violence. The brutal conflict in Syria continues to force people from their homes; and global instability, such as ongoing violence in Afghanistan and Iraq, has left many others with no choice but to flee. Aylan Kurdi, the 3-year-old Syrian boy whose body was found on a beach in Turkey, unknowingly became the human face of this crisis when a photo of his body was released last September. Despite subsequent international outcry, more than 300 other children have drowned attempting the Turkey-Greece sea-crossing since then.

More broadly, half of the world’s displaced people are under the age of 18, meaning that there are almost 30 million children who often lack consistent access to basic rights like food, shelter and education.

The toll on these children’s lives cannot be overstated. We have worked with refugee children in several different settings, from refugee camps and field hospitals in Syria to schools right here in the United States. Although we had previously studied the social, economical and physiological effects of displacement, it wasn’t until we actually immersed ourselves within refugee communities that we began to see their daily struggles.

While the international community has responded to some of these struggles, much of the international response has focused on providing humanitarian relief to the millions of children without access to basic needs. This response is vital, though there has been a dearth of resources allocated toward schooling.

This is problematic, as education equips refugee youth with the skillsets to rebuild their communities, enabling them to become contributing members of their society. Sadly, refugees worldwide spend an average of 17 years in displacement, and as food and shelter are often scarce, formal education is seldom a reality — a reality that we often take for granted at amazing institutions like Ohio State.

Our sense of responsibility to utilize the resources available at Ohio State has led us to create Refuge: a student-run organization committed to the empowerment of adolescent refugees in their pursuit of higher education in the United States.

Established local organizations like US Together, CRIS and World Relief Columbus provide refugees with essential needs and services after their initial resettlement. Partnering with these organizations, Refuge seeks to fill a unique niche geared toward addressing the extensive gap of resources available to adolescent refugees.

By pairing university students with high school refugee students in a year-long program that focuses on social acclimation, English language proficiency and community engagement, refugees will develop self confidence in their abilities and a sense of self in their new environments.

Refuge’s annual program then will culminate in an immersion experience here at Ohio State where refugee students will attend classes, speak with faculty and stay in residence halls — ultimately transforming higher education from a far-off aspiration to a feasible reality that adolescent refugees can take steps toward achieving.


Columbus is home to a diverse population of refugees, and as a citizen of this community, each of us has the opportunity to aid in cultivating an accepting and supportive environment for refugee families as they acclimate to their new society.

We hope that you will consider working with us here at Ohio State or with the many other local Columbus organizations that aid with the refugee resettlement process. By increasing refugee access to higher education, together we are building a campus community that everyone can call home. 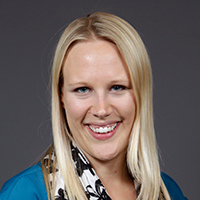 Assistant Professor of Sociology and Criminology

Hollie Nyseth Brehm is an assistant professor of sociology and criminology. Hollie studies the causes of genocide, the community-level factors that influence how mass violence unfolds and transitional justice.She co-founded a school for refugees in the Twin Cities and served as chair of its board of directors; is a core member of I-Activism, which builds preschools for Darfuri refugees in Chad; and works with The Center for Victims of Torture. 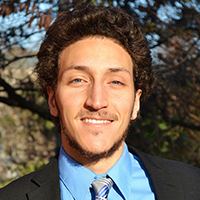 Abd Al-Rahman Traboulsi is a third-year biomedical engineering student and Eminence Fellow. Since the Syrian revolution began in 2011, he has volunteered with the Union of Medical Care and Relief Organizations; worked in Bab Al-Hawwa, the largest trauma hospital in northern Syria; and spent time in Syrian refugee camps and psycho-social support clinics in Turkey. He is a proud Muslim American who is motivated daily by his faith and is also a lover of basketball, animals and nature.