From Newark to Berlin: a journey of discovery 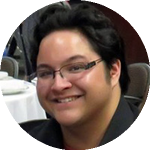 John Wetzel and his classmates in English 4400 Literary Locations spent their spring break in Berlin, Germany, gathering material for research projects and learning about a historically important and vibrant city.

Berlin. As far as I’m concerned, it was the world’s most interesting city in the 20th century. I was thrilled when I found out that there were opportunities through The Ohio State University at Newark to study in Berlin over one week in March.

I was part of a group studying how the Berliners cleaned up their city after World War II and how the city’s landscape was changed by that process. During our trip we had the opportunity to see these places firsthand and see how they appear when placed alongside the structures of modern-day Berlin. Although the older buildings still show signs of the war, we narrowed it down to a few places that caught our attention. We focused on Teufelsberg, an artificial hill at the edge of the city that is made of rubble; the Kaiser Wilhelm Memorial Church, a bombed church that is still partially standing; and the Berliner Stadtschloss, a palace razed shortly after the war that is currently being rebuilt.

In addition to research work, we visited several other important locations. One was the Reichstag, the seat of the German parliament. It is also a museum, with sections of it dedicated to the history of the building. Post-World War II graffiti, masonry from different eras and items from the past have been preserved. New pieces of art paying homage to German history also have been added. We also made a point of going to the top of the Reichstag’s glass dome and seeing the entire Berlin cityscape.

Even more interesting was touring the Berlin-Hohenschönhausen Memorial. We spent two hours in the former Stasi prison, where the East German government held people deemed dangerous to state security. Our guide, Cliewe Juritska, was a former inmate at Hohenschönhausen, and he gave us an interactive look at prison life. Members of our group got to participate in his demonstrations of how inmates were moved around, and he was happy to answer any questions we had over the course of the tour.

The last major highlight of our trip was going to a soccer game at the Olympic Stadium in Berlin. In addition to cheering on Hertha BSC, the local club, we had a chance to see where Ohio State alumnus Jesse Owens won four Olympic gold medals in 1936.

One important thing that anyone considering a study abroad trip to Berlin should know is that almost everyone speaks a little English. Some of my classmates and I have participated in the German program at Ohio State Newark, but everyone was able to learn a few German words by the time we came home, so no one should let fear of language barrier prevent him or her from studying abroad.

All in all, I enjoyed my time in Berlin, and I would recommend studying abroad to anyone interested in traveling to another country. A lot of work and preparation are involved, but I thought it was worth it. With that in mind, I’ve already been thinking about traveling to Germany again. 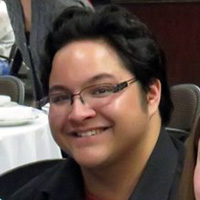 John Wetzel is an honors student majoring in English and minoring in professional writing and history at The Ohio State University at Newark. He is also a tutor at the Ohio State Newark Writer’s Studio, the secretary and treasurer for the Newark campus German club, and a business writing intern at the Newark campus Marketing and Public Relations Office.