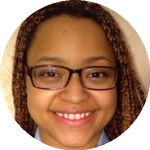 Class of 2016 graduate Starling Tolliver reflects on the impact the Young Scholars Program had for her family — and a pact she kept with childhood friends.

I knew I was coming to The Ohio State University since the sixth grade, yet my family probably knew this since I was born.

My older sisters graduated from Ohio State and pursued advanced degrees from the Moritz College of Law and the College of Medicine. I am the youngest, by 13 years, and felt no desire to learn about other colleges because Ohio State was where I knew I wanted to pursue my dreams, too.

I had a childhood in which poverty, violence and addiction were common. My mother always pushed her daughters to get an education — something she always wanted for herself but could not access. People often wonder how my sisters and I were able to accomplish what we have through such harsh circumstances. I can only respond: “by God’s grace.”

Each of us received a scholarship covering our full tuition and room and board at Ohio State through the Young Scholars Program. This program searches to find gifted-but-disadvantaged minorities to help them earn a degree from Ohio State.

I didn’t want to look at any other schools because I knew Ohio State would provide an outstanding education. During my time here, I have experienced Buckeye Pride as we cheered on our football team to winning a national championship. On a more personal note, though, one of my proudest moments as a Buckeye came when I founded The Minority Association of Pre-Medical Students (MAPS).

I created the organization in response to the tragic murder of my best friend, Maria.

When we were in middle school, our class was required to read the book We Beat the Streets. It is the story of three young men who make a pact to support each other and become doctors. It was then that me, Maria and our friend Charmaine also made a pact to become doctors.

As time passed on, we began to go down different paths. Maria’s resulted in her death. In my extreme grief, I wondered how we could all start so similarly but end so differently. I began to understand that resources and mentorship played a serious role in how we turned out and how easily the roles could have been reversed.

I founded the MAPS chapter at Ohio State in memory of Maria and to help other minorities who may want to pursue medicine but may not have the resources or mentors to support them in the pursuit of those dreams. This has been one of my most rewarding experiences because it has truly helped dozens of other minority applicants at Ohio State with their journeys.

All my life experiences have led to this moment in time —  this moment of personal victory — as I receive my degree during spring commencement.

I plan to continue to pursue my dream of becoming a physician at Ohio State’s College of Medicine — continuing our family tradition of being two-time graduates. To God, be the glory. 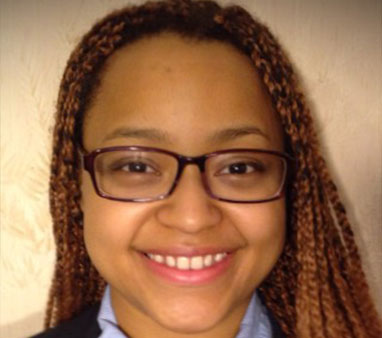 Starling Tolliver is a proud graduate of the Class of 2016 and heading to medical school. She has a passion for singing and for helping the underserved. She hopes to one day become a dermatologist to help African American women with issues dealing with alopecia and other skin concerns specific to people of color.