What can the new Jesse Owens movie teach us about diversity on college campuses? 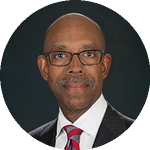 As I watched Jesse Owens’ story during a special screening of the movie Race at The Ohio State University, I thought about the triumphs and complicated lessons of his American experience.

In 1936, Owens became a national hero after winning four gold medals in Hitler’s Berlin while a student-athlete at Ohio State. His legend grew in the following decades, but the intense racial divide in our country kept him from reaping the benefits our most celebrated athletes receive today.

Eight decades later, his story provides an important moment of reflection for college campuses as well as our nation as a whole.

The Jesse Owens story began long before he arrived at Ohio State, when he was a teenage sensation setting national records in track and field while attending East Technical School in Cleveland, Ohio.

Owens' star rose at Ohio State as his skills on the track culminated in a historic performance at the 1935 Big Ten meet in Ann Arbor, Michigan.

On that day, Jesse set three world records and tied a fourth – all in less than one hour. One year later, he would display this talent to the world at the Olympics and make a mockery of Hitler’s concept of Aryan superiority.

This past year has seen heightened levels of unrest and angst on college campuses.

History teaches us that elevating society requires vision, consistency, hard work and time. It also requires the voices and efforts of all Americans. Jesse Owens could compete squarely on the track, where the stopwatch differentiated only fast and slow. But progress off the track requires collective resolve to, quoting Dr. Martin Luther King Jr., bend “the arc of the moral universe ... toward justice.”

As institutions of higher learning, universities must lead from the front in these conversations. We must use our talents, connectivity, history and voices to build a shared recognition that true excellence is not achievable without inclusiveness. As I outlined in my recent state-of-the-university address, this goal should be a guiding principle and infuse our day-to-day work as well as our shared vision.

Our nation’s land-grant institutions were founded upon profound public ideals – foremost among them to extend higher education to everyone, regardless of income or social standing. Making a college education more accessible and affordable is a vital path to inclusive excellence.

As an initial step, Ohio State increased need-based aid for low- and middle-income Ohio undergraduates, beginning in 2015 with an additional $15 million in aid. For 2016-17, we will increase this aid to $20 million, providing grants to 15,700 students.

And we are expanding our reach to students from the nine largest urban areas in Ohio by putting additional funding into our Young Scholars Program, an award-winning initiative offering full scholarships to deserving students.

Owens’ legacy inspires us. It illustrates the power of opportunity. And it compels us to strive – as communities, universities and individuals – to be our best selves and to reach our full potential.

Owens understood this. In his words: “The battles that count aren’t the ones for gold medals. The struggles within yourself – the invisible, inevitable battles inside all of us – that’s where it’s at.” 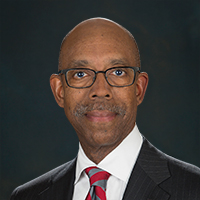