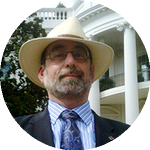 The changes the act prompted have improved the lives of many, writes Scott Lissner. But challenges remain in technology and housing.

The Americans with Disabilities Act is the result of a longer history of disability rights in the United States and beyond. The difference goes well beyond the visible changes like ramps, Braille signs and captions on TV. In the first half of the 20th century, many states had eugenics laws allowing for compulsory sterilization of people with disabilities "for the protection and health of the state" (Justice Holmes, Buck v. Bell, 274 U.S. 200).

When Julie Cochran Rogers applied to The Ohio State University, she was told, sorry, but our programs are not accessible to your wheelchair so we can’t admit you. This was perfectly legal until 1973 (she persisted and eventually not only graduated but worked for the university). Until the ADA passed in 1990, employers could choose not to hire (or to fire); stores could refuse to serve; and restaurants could ask you to leave because your disability was seen as costly, inconvenient or disturbing to others. I am not sure I want to imagine a country where those changes did not take place — I know I would not want to live in such a place.

In the last 25 years, there have been some changes to the regulations associated with the ADA, but the real changes have been in the general understanding and application of the law as civil rights law. While the law has always defined disability as a physical or mental condition that substantially limits a major life activity compared to most people, our understanding of that has shifted.

Twenty-five years ago, we thought of disability as individuals who used wheelchairs, were blind, were deaf or had intellectual disabilities. In applying the law, individuals with cancer, depression, autism, age-related and a host of other conditions were not generally considered. The ADA Amendments Act of 2009 emphasized that the law was meant to provide civil rights protection for a broad group.

There has been much progress but, yes, there are still challenges for the ADA and for the next generation of legislation. When I walk across campus I see a reflection of this in curb ramps. We have a few first-generation curb ramps in place from the 1970s. Compared to today’s standard, these are narrower and steeper, and the detectable warnings are a blue paint — not today’s truncated domes (bumps). This early design assumed that if you were out in a wheelchair you had someone escorting you to help you navigate the steep ramp. You might need a cue to negotiate the curb if you had low vision, but a blind person would have a guide to provide the warning.

As I look at the curb ramps from then to today’s standards, they get flatter and wider and are more easily detected by individuals who are blind, allowing for increasing independence and integration with each generation.

Progress is uneven; we are close to mastering curb ramps (look at the curb-less design of 17th Avenue on campus, for example) but have a ways to go in our approach to high-stakes testing, employment, technology, voting equipment, study abroad, housing, etc.

For example, over the next five years I expect to see common barriers in today’s web-based technology (captioning, image description, navigation) on the way out, if not eliminated. I think over the next 10 years, our hosing stock will become significantly more accessible. As the generation who grew up with the ADA move into leadership roles in education, government and business, we will see more accepting and inclusive attitudes that will truly increase the rate of change; we can legislate small changes in behavior that we hope provide experiences that yield true social change. 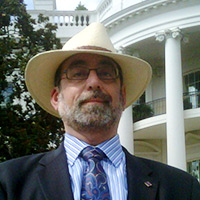 Scott Lissner has been Ohio State’s ADA coordinator and 504 compliance officer since 2000. He is an associate of the John Glenn College and serves as a lecturer for the Moritz College of Law, Knowltown School of Architecture and Disability Studies.