No time better than now 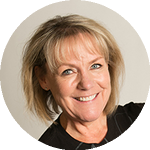 Though she started her college degree at age 45 and it took 11 years to complete, Marie Gibbons writes her Ohio State experience, which culminated at commencement with the Class of 2015, was nothing less than amazing.

My college career began in 2004 with a class in women’s studies. I was 45 and had achieved professional success, run a marathon and raised four children into their teens. I was not a traditional student.

Early on I had young man in a freshman-level class notice me on the first day and quip to his friends, “OK, who brought their mom?” — an ageist joke that received no laughs from his friends. In fact, I think they were embarrassed for him. Before long, I was just another classmate bantering about school and life prior to and after (sometimes even during) class.

Five or six years into my course work I began to feel overwhelmed by my goal. I had been taking one class per academic term for years and still had dozens more courses to complete. I worried about my ability to pass the science, math and foreign language requirements.

My core requirement courses for a women’s studies degree began to have a tremendous impact on how I viewed the world. Courses on incarceration, black feminism and neoliberalism broadened my political beliefs and expanded my understanding of others. Never before had I considered systematic injustice and how it is maintained.

But I was still struggling with the foreign language requirement and dropped out of both Spanish and American Sign Language, feeling I had wasted two entire quarters. My advisor suggested I take a Somali language class. It changed my academic life.

A word we used a lot in women’s, gender and sexuality studies courses is “praxis,” which is putting theory into action to produce change. I designed an individual study course focused on Somali women and the issues that are specific to women displaced as war refugees. I decided to use my ability to speak some Somali to help their local community and began teaching English to Somali women.

My desire to learn included the need to hear from as many diverse voices as possible and best understand the people who make things happen in our world. I attended lectures by everyone from Laverne Cox and Anita Hill, to bell hooks and Michelle Alexander. Thanks to Geography 3900, I can intelligently and accurately discuss climate change and enhance any cocktail party.

The traditional students enriched my life academically, socially and culturally. I participated in study groups and extracurricular clubs such as Undergraduate Student Government and the Somali Student Association. I even attended a fraternity party (as the house dad’s date). I earned class credit coding data for a sociology PhD student conducting research on gendered discrimination in hiring. It was exciting to help prove a hypothesis through data. The passion our students have for their work is infectious.

I never thought I would say it, but I am truly saddened this experience has ended. While I will not miss the long nights and weekends filled with course work, I will miss walking across campus to class on a beautiful day and the intense sense of accomplishment when receiving my grade each term. I no longer see not earning my degree when I was young as a regret.

Had I done that, I would have missed out on 11 years of powerful, wonderful, traditional and nontraditional experiences. 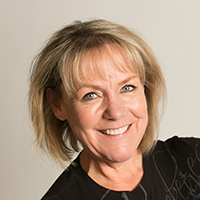 Marie Gibbons is a special projects coordinator in Ohio State's Office of Donor Experience. She has worked at the university 11 years. She loves to attend lectures and cultural events across campus and is a seven-year participant of Pelotonia. She is currently exploring master's degree programs.