The magic of service 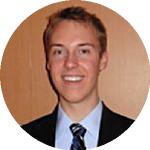 Magic and medicine — student Jack Cerne is using his volunteer work to make an inspirational connection between the two.

The Magicians Club table at the student involvement fair caught my attention. As a freshman, when I saw the magician change an “ace” card into a “king” card, I knew that I had to learn magic. I wanted to be able to do what he could do.

So I attended the weekly Magicians Club meetings throughout my freshman year. I learned a lot about magic and became even more excited as the year progressed. There were always new tricks to learn, and I had fun pursuing the challenging sleights-of-hand, requiring a lot of dexterity.

A goal of the club is to find audiences. Because we are not able to fill a theater like David Copperfield, we act like street performers. We approach people at the Ohio Union and perform our tricks. It took time to become comfortable doing this, but I improved with practice and eventually became the club president.

Since then, I have expanded the club’s mission to focus on service opportunities in the Columbus community.

The best audience for magic tricks is children. So I approached Nationwide Children’s Hospital. The hospital’s volunteer coordinators, Lisa Kappy and Laura Crisp, allowed me to perform in the emergency department waiting room, and the feedback they received was very positive. However, the most populated times were late at night, making it hard for me to recruit volunteers from the club.

I proposed to the hospital that we be allowed to go to other areas that are busy during the day. After a long process of meetings, trainings and screenings of six of our club’s volunteers, we were approved. Kappy and Crisp were very helpful throughout the whole process and played an integral role in the creation of this volunteer program. It has been a long journey, requiring a lot of team effort.

Through my volunteering at the hospital, I have developed a better sense of how to interact with patients. Performing for children necessitated a strategy different from what is needed for college students on the Ohio State campus. I noticed that my routines at the hospital were not eliciting reactions. The children were not following along at some points, and they were confused. The magic was too fast paced.

As I began slowing down my routines, I became a better magician for kids. I began to ask the children how many red balls were in one hand or how many invisible quarters I plucked out of the air. These phrases created a two-way conversation, and made it easier for the kids to follow the routine (and also be fooled!). It was important to ask these questions in a lighthearted manner while smiling. I did not want to act like I was testing them.

Through my experiences shadowing doctors, I have seen how important a two-way conversation is in the doctor-patient relationship and how that dynamic develops.

A doctor usually asks the patient to repeat the instructions – not in a “testing” way but in a manner that establishes comprehension. This also seems to prompt a dynamic interaction, where the doctor is not just lecturing to the patient.

Though I have gained insight about patient interaction, I am mainly thrilled that we have contributed to improving the hospital experience for the children at Nationwide Children’s Hospital.

I will never forget the time when I performed for a child and he would not stop following me for the rest of the night. He was hugging my leg the whole time.

Magic tricks are comforting and memorable to the audience, and they have certainly been fulfilling for me to perform in the hospital setting. 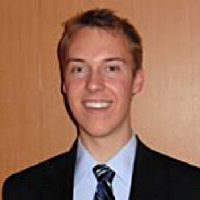 Jack Cerne is from Naperville, Illinois. He is a 4th-year biology major, currently applying to medical school.