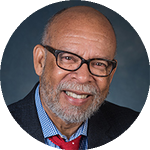 The 50th anniversary of “Hang on Sloopy” is a special milestone for Buckeye Nation and the state of Ohio. But, as Professor Ted McDaniel explains, it’s important to understand how the song is an example of the appropriation of black music tradition.

One could conclude easily that the incredibly successful 1965 debut performance of The McCoys’ “Hang on Sloopy” by The Ohio State University Marching Band helped to popularize – and, perhaps, immortalize – the song at Ohio State and beyond. Legislators eventually made it the state’s official rock song, and, as the saying goes, “the rest is history.”

Well,  there is more history, and the purpose of this writing is to provide you with details about this song’s place in a larger music tradition.

I joined the Ohio State faculty in 1981 as professor of African American Music. I have taught several courses in jazz and black music history, including the Bebop to Doowop to Hiphop: Rhythm and Blues Tradition class, as well as directing jazz ensembles. I also have been privileged to be one of the music arrangers for the marching band for 35 years, an incredible honor that I greatly treasure.

Around the mid 1980s, I was preparing a lecture on “cover songs” for my African American Music History class, and I made a startling discovery: The rock song “Hang on Sloopy” did have a previous life before The McCoys’ version in 1965.

“Hang on Sloopy” was a cover song based on a 1964 recording titled “My Girl Sloopy” by The Vibrations, an all-black group of rhythm and blues singers of Atlantic Records, who had a hit song, “The Watusi,” back in 1961.

To put it in historical context, a cover song was typically a recording made by a white artist or group that attempted to replicate or approximate the sound, arrangement and content of an earlier, preexisting black hit. Covers were aimed to sell to the white teen market – the most important demographic in the burgeoning rock ’n’ roll movement.

After my discovery of the existence of “My Girl Sloopy” and its relationship to “Hang on Sloopy,” I began to wonder if others were aware that Ohio State’s revered crowd favorite was indeed a cover song.

The story of music and music marketing is mired in the racial realities of a segregated America that not only had separate restrooms, water fountains and many public accommodations, but also separate/segregated radio music and information formats to accommodate America’s ugly racial divide.

The music industry often reflected its racist practices with “separate but not equal” treatment of black musicians in comparison to their white counterparts.

Recorded black music from the 1920s through much of the 1940s that was popular and blues-based got labeled as “race music,” a metaphor for music created by blacks intended for the black community and marketed to them. Music of white artists was typically labeled “pop.”

As black artists experienced success, gained acceptance in pockets of the white community and began to influence white musicians in the 1940s, Billboard, by far the largest and most important of the music industry trade magazines charting record sales, changed the label of “race records” to “rhythm and blues.”

While the new term “rhythm and blues” was used by the music industry to label the music of black artists, a new term was created for the music of white artists, “rock and roll,” supposedly coined by and credited to Cleveland disc jockey Alan Freed around 1951. It has been written that Freed must have been amused with the term, which was black slang for sex – and had been as early as 1922, when blues singer Trixie Smith recorded “My Man Rocks Me (with One Steady Roll).”

Numerous artists admitted that what was being called rock ’n’ roll in the early 1950s was basically rhythm and blues.

In a 1950s television interview, Fats Domino, the most amiable and pragmatic of the first generation of rock ’n’ rollers, was asked about the origins of the music: “Rock and roll is nothing but rhythm and blues,” he responded with characteristic candor. Other pioneers, namely Chuck Berry, Little Richard and Bo Diddley, all proudly proclaimed that they played rock ’n’ roll. Muddy Waters’ quote is quite informative: “The blues had a baby, and they named it rock and roll.”

Perhaps as memorable as any quote is that of Sam Phillips, white owner of Sun Records in Memphis, Tennessee, who had recorded blues artist Howlin’ Wolf and was the first to record Elvis Presley: “If I could find a white artist who could sing with the sound and feel of a black man, I’d make a billion dollars.”

The DJ Freed was among the first to play and thus market the music of black artists to a white teen market. The large major record companies became alarmed in the early 1950s by the rising popularity of black musicians within that market and their influence on white musicians emulating their music.

To stem the tide of success of the black artists, the big majors began to sign white artists to copy, or ”cover,” the songs of black artists, sometimes sanitizing the lyrics. Cover songs were promoted and distributed through the far-reaching networks of the major labels, undercutting the versions released by black artists on comparatively smaller and resource-limited independent labels.

Perhaps the most famous of the cover songs is Elvis Presley’s “Hound Dog,” previously recorded by blues singer Big Mama Thornton. That song elevated Elvis to be crowned the “King of Rock ’n’ Roll” by American media and the music industry.

The exploitative and racist practice of cover records went through much of the 1950s and ’60s. Perhaps the most successful white cover artist was Pat Boone, who is thought to have covered 76 songs. Others included The McGuire Sisters, Bill Haley, Ricky Nelson, Georgia Gibbs, The Beatles, The Rolling Stones, Dave Clark Five and the Crew Cuts, to cite a few.

From left, Ricky Nelson and The Beatles.

Thus the practice of the appropriation of black material that was given to white artists contributed mightily to the spread of rock ’n’ roll. The most unfortunate aspect of these early cover records is they followed the dynamic of having a white artist benefit in terms of popularity and earnings by borrowing from and building on black creativity, while leaving the black artist without credit or compensation.

The pillaging of black culture and mistreatment of black musicians have been part of American music from the first minstrel show to the present.

The heyday of cover records exploiting black artists eventually diminished in large part because of the gains and progress of the Civil Rights Movement.

In conclusion, as we celebrate the 50th anniversary of our revered song, the 1965 McCoys’ version of “Hang on Sloopy,” let us also tell and share the entire story of its being a cover song of The Vibrations’ 1964 recording “My Girl Sloopy.”

Let’s celebrate both as part of a shared history. 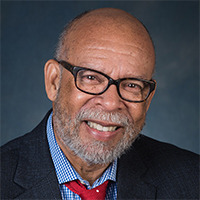