Community vs. a crowd 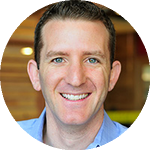 Pelotonia CEO Doug Ulman talks about the incredible community around Pelotonia and its mission to end cancer as the organization nears an important milestone.

Columbia, Maryland, is an incredible place. The first planned community in the country. A city built from scratch by a visionary developer named Jim Rouse.

It was an absolutely wonderful place to grow up because it fostered a sense of engagement and service while nearly mandating diversity and inclusion. Columbia was an experiment and a very successful one, in my mind.

When I was growing up, my parents instilled in my brother and me the true meaning of community. They emphasized how it differs from a crowd.

In a crowd, they explained, people push and shove and try to get ahead of the person next to them because they believe that is the path to success. In a community, people smile, embrace and collaborate, realizing that we need to move forward together to positively impact our society.

Having this foundation from my youth has consistently attracted me to authentic communities committed to social change, and ultimately to Pelotonia, The Ohio State University and Ohio State’s Comprehensive Cancer Center – James Cancer Hospital and Solove Research Institute (OSUCCC – James).

I had watched from afar in astonishment the success of Pelotonia since its inception, and it is so humbling to have the opportunity to join this movement. When I arrived in Columbus in December 2014, I had heard so much about the philanthropic nature of the Columbus community and more broadly the Ohio State and OSUCCC – James communities. But I had no idea how accurate those descriptions were. In seven months, I have come to understand just how special this community is and how much impact it has had on issues and causes that are near and dear to so many of us.

Pelotonia is just one example of this. Our community has rallied around our shared mission to end cancer in inspiring ways. Our funding partners cover 100 percent of our operational expenses so that we can invest 100 percent of every Pelotonia donation in life-saving cancer research at the OSUCCC – James. Our riders work hard to raise funds for Pelotonia and do so in such creative ways. Our volunteers bring so much dedication and heart to this event. And our virtual participants are active across the country, spreading the Pelotonia movement while generating funds to support transformational research.

This year, as we approach an enormous milestone of raising more than $100 million in just seven years, I want to express my gratitude to the Pelotonia community. Riders, virtual riders, volunteers and donors have built Pelotonia into what it is today.

If you have ever held one of these titles, you are a critical part of this powerful community, and you have transformed the lives of so many people with cancer. You have enabled life-saving research and invested in the next generation of scientists bringing innovative solutions to our one goal. You have empowered all that we have accomplished. You have helped spread our mission far and wide, and you are an ambassador of our movement. Together we are making targeted contributions that will result in breakthroughs that save lives.

As a member of the Pelotonia community, YOU are an agent of change.

There are no spectators in this movement. Everyone plays a key role.

Having grown up in a planned community, I find it wonderful to now be a small part of this community of people who want to change the world.

Imagine what is possible if we make it easy for more people to join our community. Imagine how many lives we can save.

Pelotonia is one powerful community, and we are faster together. 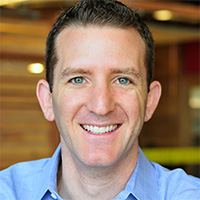 Doug Ulman is the CEO of Pelotonia, advisor to Ohio State’s Comprehensive Cancer Center – James Cancer Hospital and Solove Research Institute and a cancer survivor himself. Follow him @dougulman on Twitter.