A voice for the voiceless: The powder keg in Ferguson 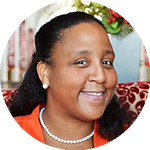 Failing to adequately serve the youth in places like East St. Louis and Ferguson, Mo. is more than “educational malpractice,” argues Professor Patricia Cunningham. It’s setting the stage for a great regression of social change.

In designing a Buck-I-SERV trip for East St. Louis, nothing could prepare me for a week serving youth at the Trinity Community Center with my team.

After a couple of days, the youth warmed up to us, and we started building relationships. Kids want and need structure and need more to feed their brains than the unaccredited schools that surround St. Louis and many of its municipalities (90). As we spent the week in the trenches, we took the time to meet with a colleague and spend some time in Ferguson, Mo. and have critical discussions about areas like it.

The media has hyped Ferguson when Ferguson is actually representative of many places all over the country. The municipality itself is small in a geographic sense. You could smell the remnants of tear gas as we traveled down the streets, such as Florissant Avenue. Walking around, you could feel the heat of burned buildings, screaming like suppressed anger. What you don’t see on television or in the news is after righteous rioting, folks and neighbors are awake and cleaning up in the morning. There is pride there.

The critical conversation that needs to be had is why black males in the greater-St. Louis area are being pulled over multiple times a week — violations for things like “excessive vehicle noise” — and always feel like targets. Sixty-seven percent of Ferguson is African American, yet the folks are taxed without representation, as most of the people in positions of power do not reflect the demographic.

There has been national coverage of black folks getting more tickets than white folks, and now many of those tickets are being forgiven due to this coverage. Moreover, the black folks without means are the ones getting tickets; when you cannot pay, this can lead to incarceration.

There is no surprise that there is vandalism and violence in response to decades of mistrust and mistreatment, purely expressions of discontent. Just like at the center, where I know there is truly not enough support for the youth there, Ferguson residents still are invisible. Home to several universities in the area, it is educational malpractice that there are failing schools nearby.

One day, I was helping a black male youth fill out a job application, and there were so many words he didn’t know. He is not incompetent or unqualified; it is the failure of the school system that has not prepared him to even complete a job application.

Unless we invest in communities like Ferguson and East St. Louis, we are bound to see a great regression of social change that has happened in the United States. It is not “us” versus “them.” It is accepting that it is “we” and “us.” There has to be a sustainable investment of youth in our country. We cannot treat them as though they are invisible. If the youth could speak about their experience as a collective, I think Ralph Ellison’s work would be the sentiment capturing what would be on their minds:

“I am invisible, understand, simply because people refuse to see me. Like the bodiless heads you see sometimes in circus sideshows, it is as though I have been surrounded by mirrors of hard, distorting glass. When they approach me they see only my surroundings, themselves or figments of their imagination, indeed, everything and anything except me.”
― Invisible Man 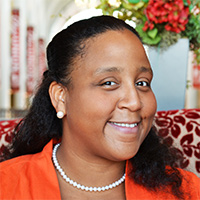 Dr. Patricia F.R. Cunningham II is a three-time graduate of The Ohio State University, having received her BA in Women's Studies (with a minor in Black Studies); an MA in Higher Education and Student Affairs; and a doctoral degree in Cultural Foundations. She oversees a number of community outreach programs, including Buckeye Civic Engagement Connection and Buckeye REACH. She also teaches interdisciplinary courses on the subjects of poverty, race, gender, civic engagement and leadership.