A toe-tapping tour of China 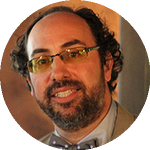 From clogging on the Great Wall to rapping in Beijing, ESL Executive Director Bob Eckhart writes about the importance of Ohio State's continued cultural exchange with China.

If you thought you were proud to be a Buckeye earlier this year — when our football team took their show on the road to Indianapolis, New Orleans and Arlington to become national champions — you can imagine how proud I was to accompany a different, but perhaps equally talented, group of Ohio State students to China on a short-term study abroad session over spring break.

The OSU Buckeye Roots Strings and Steps dance and music group also played like champions, taking their show on the road with seven performances in nine days in four cities: Beijing, Wuhan, Suzhou and Shanghai. They performed old-time music and danced on the Great Wall, in the U.S. Embassy (above) and at five universities.

Graduate student Joshua Coy (banjo) and undergraduates Carrie Miller (fiddle) and Liberty Brigner (guitar) play an impromptu performance for the English Street Club at The Ohio State Univesity-Wuhan University Center for American Culture at Wuhan University. The club is a group of college students who meet weekly to work on their English-speaking skills.

For the second year in a row, I’ve had the privilege of leading a study abroad trip to China during spring break with Ohio State students on tours funded by $50,000 cultural programming grants from the U.S. Department of State.


Last year, I traveled with the School of Music's Jazz Ensemble, four students from Ohio State’s nationally ranked Department of Dance, three leaders of the OSU Freestyle Rap & BeatBox Club and a recent graduate from the Department of Theatre who performed a solo show as Muhammad Ali.

This month, I'm returning to China on a third $50,000 State Department grant with Dr. James Moore of the Bell National Resource Center on the African American Male and 14 students to perform step shows.

That’s right — the U.S. government has given the Wuhan University-Ohio State University Center for American Culture $150,000 (so far) to send student performers on short-term study abroad trips to China.

This sort of travel, funded by the U.S. government to promote cultural exchange, also has provided many Buckeyes the opportunity to create lifelong memories and return to Ohio State with the same affinity I have developed for Chinese culture on my 20 trips (so far) to the country.

Members of the Buckeye Roots Strings and Steps share a pre-show meal with representatives from Huazhang Agricultural University in Wuhan, China. Ohio State is working to establish a new relationship with Huazhang, and the spring break performance of old-time music and clogging was the initial cultural handshake between the two universities.

As one of the freestyle rappers told me last year, he worked at Espress-OH in the Ohio Union with Chinese co-workers, but never felt like he had anything in common with them, or anything to talk about.

Just a few days into our tour of China, he told me that when he got back to Espress-OH, he would be more comfortable asking them about their hometowns and starting a conversation about his own experiences in their country.

The importance of this sort of understanding cannot be downplayed.

College and university administrators all over the United States are finally starting to strategize ways for their institutions to be good hosts to international students. However, the most integral piece of any strategy must be impressing upon domestic students that, if they take the time to get to know more international students, such relationships can provide an incredible opportunity to learn about the world.

Imagine Ohio State without its 6,000-plus international students, 3,500 of whom are from China. It would be a much different place and — I don’t think — as great a place.

At an institution that values diversity and prides itself on inclusion, how could we hope to achieve academic excellence without helping domestic students acquire international intelligence, or equipping them with the competencies necessary to succeed in a global world?

I'm one of many people at Ohio State who think we can and should be doing more to make this university a more global environment, but as they say, this effort is a two-way street.

As I described last fall in an essay featured on Inside Higher Ed, U.S. colleges and universities should do more to help Chinese students, this could mean simply learning how to pronounce the names of Chinese students correctly, as seen in this video.

Or, it could mean creating new courses like the one we developed for Fisher College of Business — "Cross-Cultural Communication and Leadership" — and are now piloting for the College of Engineering.

But it involves more than just faculty engagement and staff exchange.

We must find more ways to encourage and facilitate domestic students studying abroad. It's great to bring the world to our students on our campus, but it's even better to send our students out into the world. 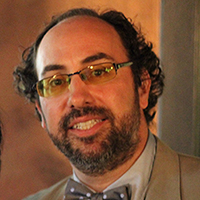 In addition to directing Ohio State's ESL programs, Bob Eckhart is a lecturer in English and director of the Wuhan University-Ohio State University Center for American Culture.