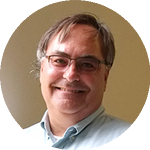 Using his Maymester course on Columbus's rivers as a backdrop, Humanities Institute Associate Director Rick Livingston teaches our next generation of environmental citizens the skills they need to understand and value places.

It’s a frigid day in February, a sharp wind scouring 5th Avenue. But the sun is bright, the sky defiantly, implausibly blue. Down on the Olentangy River, where the dam used to be, long ribbons of orange mesh fencing still make the river look like a construction site. A few ducks circle in the Battelle Outfall channel, stirring up scraps of mist as the warm water hits the freezing air.

I’m down here on the old observation platform to see how the river restoration is settling in. Out in mid­stream, in the shadows of State Route 315, a clutch of ducks floats like dark rocks in the riffle; just above them, I spot a dozen – no, 20 or more – clustered by the embankment. In the sunlight, one intrepid duckling rides the fast current south, no doubt a budding skateboarder. Just below me, out of the channel, a silvery blue heron lifts and wings his way upriver, at eye level with the cars on 315.

The value of places

Come May term, I’ll be teaching my class on Columbus’s rivers again.

Our topic is environmental citizenship and ecological restoration, but it’s really a pretext for getting 20 or so students down onto the city’s waterways, looking at the slow transformation of the Olentangy and Scioto rivers from an industrial drainage system into a green corridor.

Our path will take us from central campus, where we’ll trace the course of Neil Run through the South Oval, down to the confluence, a meager spit of land amid a tangle of freeways. We’ll look east from the steps of COSI at the new Scioto Mile emerging from the rubble left behind when they breached the Main Street Dam, and help pull invasive honeysuckle at the Whittier Peninsula’s Grange Insurance Audubon Center, reclaimed from Columbus’s old impounded car lot. Our final destination: Battelle Darby Creek Metro Park, where last year our visit coincided with the birth of a baby bison.

This will be the third time I’ve taught this class, taking advantage of the fact that the creation of the new Maymester term coincided with the long-awaited removal of the 5th Avenue Dam, which had been in place since 1935. Eighty years later, the outlines of the river that campus wags once termed “Old Man Olentangy” are becoming visible again, shaking off its long confinement behind the low-head dam.

For much of our history, Americans built dams at the rate of nearly one a day, with the aim of bringing the country’s water resources under human control. The ecological costs were heavy, incalculable and mostly uncalculated. Since the mid-1990s, however, the tide has turned, as it were, at least in the United States.

All over the country, governments at all levels are giving serious thought to removing dams and restoring rivers, even as elsewhere in the world, urbanization and climate change are ratcheting up the demand for access to reliable water supplies.

A key reading for my course comes from Aldo Leopold, whose 1948 book A Sand County Almanac called for developing a “land ethic.” As the first professor of wildlife management in the United States, Leopold was deeply interested in the new science of ecology and saw the extension of moral consideration to the natural world as an aspect of evolution.

Traditional ethics, he suggested, organized humans’ relations with each other: “The land ethic simply enlarges the boundaries of the community to include soils, waters, plants and animals, or collectively: the land.” For Leopold, “community” was one of the foundational concepts of ecology, describing a web of interrelationships sustained over time.

For many reasons, ecologists no longer talk much about community. Concepts such as “populations” and “ecosystems” proved more readily measured, mapped and modeled. But the gain in precision comes at the expense of a sense of belonging, of identification and care for particular places.

In a world of Skype and Twitter, it’s all too easy to overlook such capacities, and to forget that local attachments require tending and commitment. The drumbeat of technological innovation can drown out the quiet and the close at hand; an insistence on being globally competitive can leave us blind to everyday surroundings – a lone heron skimming the water below the King Avenue Bridge, for instance.

As Mary Maloney of Ohio State's Chadwick Arboretum & Learning Gardens likes to say, there’s a good reason we call ourselves Buckeyes: trees stick around. Leopold’s land ethic reminds us not to take the land grant for granted. 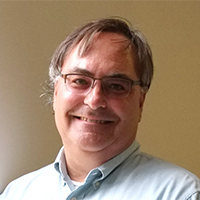