The evolution of ISIS 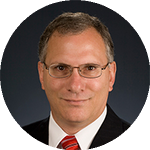 Peter Mansoor, military historian and former executive officer to Gen. David Petraeus, discusses the meteoric rise of ISIS and what to expect for the future.

As a CNN military analyst and military historian, I have had the honor of discussing current events with both American and international audiences. Perhaps no recent topic has been more shocking than the seizure of much of northern and western Iraq by the Islamic State of Iraq and Syria, or ISIS, in the first six months of 2014. 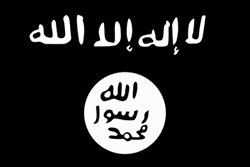 Flag of Islamic State of Iraq and Syria

The group, headed by the Iraqi terrorist leader Abu Omar al-Baghdadi, seemed to spring out of nowhere. But ISIS is in fact the reincarnation of al-Qaida in Iraq, the terrorist group that had been largely defeated by the Sunni Awakening and the U.S. surge in Iraq in 2007 and 2008. Driven across the border into Syria, the group metastasized, using the chaos created by the civil war to carve out a new sanctuary in that country. ISIS leaders then sealed an alliance with Sunni Ba’athists from Saddam Hussein’s defeated army, turning a deadly terrorist group into one of the most capable hybrid military forces in the region.

ISIS has ruled the territory it occupies with impunity, driving out Christians, Yazidis, Turkmen and Shiite Arabs; torturing and murdering captives; and forcing women into sexual slavery. The United States and its allies are now wrestling with the dangers ISIS poses and the crafting of a strategy to degrade and ultimately destroy the group.

These events are a sad sequel to what at the time appeared to be a remarkable turnaround in the Iraq War during the surge of U.S. forces in 2007-08. I served as executive officer to Gen. David Petraeus, commanding general of Multi-National Force – Iraq, during this period. When the surge ended in the summer of 2008, ethno-sectarian violence had declined by more than 90 percent from its peak just 18 months earlier. Sunni Arabs participated in the elections of 2009 and 2010 in even greater proportional numbers than Shiite Arabs. Iraq seemed to be headed for a more peaceful future.

The appearance was deceiving. Prime Minister Nouri al-Maliki, emboldened by the improvements in security, turned on his political enemies with a vengeance after his appointment to another term in office in 2010. He ordered the arrest of Tariq al-Hashemi, the Sunni vice president of Iraq and a longtime political adversary. Al-Hashemi escaped the country, but Maliki had the courts try him in absentia and sentenced to death. The prime minister didn’t stop there.

Faced with nonviolent Sunni resistance to his increasingly authoritarian leadership, Maliki sent Iraqi security forces into protest camps and arrested prominent Sunni politicians. Maliki’s behavior unraveled the once-strong alliance between U.S. and Iraqi forces and the tribes of al-Anbar Province, which was one of the major factors in the defeat of al-Qaida in Iraq during the surge of 2007-08.

Iraqi Sunnis quickly lost faith in the political system. The withdrawal of U.S. forces from Iraq at the end of 2011 then removed the one honest broker upon which Iraqi security forces, Sunni tribes and Kurdish Peshmerga could all depend. The withdrawal also took away the leverage that had enabled U.S. diplomats to moderate Maliki’s sectarian conduct, deepening Sunni discontent.

What the future holds

The Obama administration has responded to these developments by launching a limited air campaign to degrade ISIS and halt its momentum, assembling a broad coalition of western and Arab states to confront ISIS, and deploying upwards of 3,000 trainers to Iraq to improve the capabilities of the Iraqi Army. Administration officials have stated that the campaign to degrade and destroy ISIS will take years to complete.

The American people are weary of continual wars in the Middle East and South Asia. Unfortunately, to paraphrase the Russian revolutionary Leon Trotsky, we may not be interested in war, but war is interested in us. Left unchecked, ISIS will consolidate its hold on the proto-state it has created in parts of Syria and Iraq, destabilize the neighboring region and launch terrorist attacks against the West. These actions will roil world energy markets, negatively impact our way of life and potentially propel the Middle East into a Sunni-Shiite religious war that would affect the lives of hundreds of millions of people.

Regrettably, the problems in Iraq and Syria are growing more serious, and are all the more painful for having been in large measure self-inflicted as the result of a war of choice that was strategically misguided, poorly conducted and prematurely declared over. 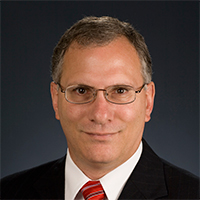 Dr. Peter Mansoor, Colonel, U.S. Army (Ret.), is the General Raymond E. Mason Jr. Chair of Military History at The Ohio State University. He assumed this position in 2008 after a 26-year military career that included two combat tours in Iraq. His most recent publication is Surge: My Journey with General David Petraeus and the Remaking of the Iraq War (Yale University Press, 2013).