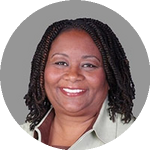 To my 28-year-old twin sons, Adam and Andrew:

On May 9, 2003, after I had just seen Sleep Deprivation Chamber, a play co-authored by African American playwright Adrienne Kennedy and her son, Adam, I wrote you a letter. Staged at The Ohio State University, the performance celebrated the 50th anniversary of Kennedy's graduation from our institution. The autobiographical play tells the story of a young African American man, Teddy, who while driving home has a confrontation with the police that ends in a brutal beating. Suzanne, Teddy’s mother and a professor, responds by letter writing. Like Suzanne, I, too, felt compelled to write.

At the time of the performance, you were 17 years old. I was worried about what could happen to you because you were driving while black. As innocent, teenaged African American males, you both revved-up your respective black and white Hondas. You made it clear that you did not have mufflers; you had exhaust systems. You drilled strobe lights into your headlights and added hyper white lights that mirrored different colors at different angles. You lowered your cars' suspension springs, installed body-kits, tinted your windows, added carbon filter wings, carbon fiber hoods, cold air intake and fuel devices, and 17-inch racing aluminum alloys with special rims and tires with accompanying advertising decals.

At the time, you thought that your father and I were critical of these changes because we had no appreciation for your "riding with the fellas." No, we were worried that in situations like Teddy's, your education and background would lead you to take Teddy's action: "…I was trying to engage him (Police Officer Holzer) in a civil conversation, and I just wanted to find out what seemed to be the problem." Often, black men have thought these are situations where reason and truth and justice will prevail. Your father and I were afraid that your cars, your dress and your behaviors would one day place you in Teddy's crouching position at the end of the play, when he is pleading, "Sir, I can’t breathe. ... I’m an American citizen, could you please let me up and breathe?"

Here we are, and now you are 28 years old. It's no longer Teddy speaking in a play. It's now real life Eric Garner, a 43-year-old black man in Staten Island, New York, trying to live while strapped in a chokehold by a white police officer. Suspecting that Garner might have been selling untaxed cigarettes, the officers restrained him, and while Garner was gasping for breath, they did not administer CPR. With others worldwide, I watch the video, and it is déjà vu all over again.

Implicit bias research tells us that black children appear older in the eyes of The Other. How old can a 12-year-old look? How old did teenager Trayvon Martin, with a bag of Skittles in his pockets, walking by a gated community, look to George Zimmerman? My eyes teared up the next morning when I walked into our black cultural center and on the walls someone had written, “Long Live Zimmerman.”

I know you are much older now, and you don’t want me to worry. You might even think me paranoid (like Uncle Peewee who always thought the FBI and CIA were spiking his coffee, or Aunt Maggie who still thinks that the story of white men landing on the moon was a hoax). It's not paranoia; it's just that as a teacher, I know when the class roster is too long, and this one is. I can barely keep track of the black and brown bodies who are going down unarmed, unheard and unvindicated. I used to worry about the deep South. But Ferguson, Staten Island, Los Angeles, Beavercreek and Cleveland challenge my geographical assumptions.

What can I say to you now? I'm back to asking for you to be careful: place your hands up, keep your mouth closed, shine your shoes, wipe your nose, unlock your hair, clean your teeth, shave your facial hair, do whatever it takes to live while black. Practice what protestors of police violence are calling a "die-in." Pretend to be dead. And if that's too cowardly a task to perform, and if that is the life you cannot live, then in your protest, promise me that you will anchor your beliefs in foundations strong enough to sustain you.

I am proud that both of you are well employed in corporate America (only occasionally asking your father and me for any kind of loan!), but surely you know by now that you do not have the same freedoms as the young white male professionals with whom you attend your morning meetings, collaborate on team projects and work out with at the gym. They can sell untaxed cigarettes or any number of items and not be guilty of a capital crime. They can afford to play with guns missing the orange toy safety cap. They can examine guns that sit on the shelves of retail stores or play with toy guns on playgrounds, but you must never. A real or toy gun, or knife, or any sharp instrument in your hands will be misread. You are always already violent, guilty and disposable.

Your chances are strong that one day you will hear officers telling you to "assume the position." Your father and I would rather you be careful so that it never comes to that situation, but if it does, have enough spiritual strength to place America in a chokehold. 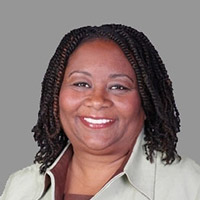 Dr. Lee is the recipient of Ohio State’s highest teaching award, the Alumni Award for Distinguished Teaching, as well as Ohio State’s highest service award, the Faculty Award for Distinguished University Service. She has authored numerous books and journal articles. For the last 20 years, she has served as the executive director of Womanist Readers, a community group devoted to reading African American Literature and providing outreach activities to the larger Columbus community.