For better or for worse: How town-gown relationships are like a marriage 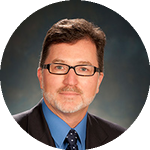 Stephen M. Gavazzi
Dean and director of The Ohio State University at Mansfield

Dean Stephen M. Gavazzi points out that as the university goes, so goes the community, and vice versa.

What if you had a marriage that was arranged by others that you had to make work regardless of how you felt about your partner? That, in a nutshell, is the relationship between a college campus and the community that surrounds it.

The vows that state “for better or for worse, in sickness and in health," and so on, need not ever be said out loud between these partners. They are an applied fact of life for any city or town containing an institution of higher education in its midst. As the college or university goes, so goes the community, and the opposite is just as true. This is an arranged marriage, and one with little prospects of divorce proceedings that would ever permanently disconnect the partners from each other.

And while the prospect of an arranged marriage with no opportunity for divorce may seem unappealing in a marriage between people, many universities and towns make it work quite well.

As the dean of one of The Ohio State University’s regional campus in Mansfield, I’ve thought a lot about the relationships between universities and their cities and connecting these relationships to my own research interests in family dynamics. As I examined the scientific literature, I discovered that town-gown relationships and marriages share a lot in common.

In a recent article in the journal Innovative Higher Education, two colleagues and I identified four main types of “town-gown marriages.” These four types are based on two separate yet related dimensions that matter most in terms of understanding the different ways that campuses and communities relate to one another. The first of the two dimensions involves the level of comfort between the higher education and community partners. The second dimension centers on the level of effort or energy that is required to maintain the present state of the town-gown relationship.

The “harmonious” relationship is the most desirable and effective type, and is defined by both high comfort levels and high levels of effort. This type of town-gown relationship is developed when there is a strong emphasis on the pursuit of mutually beneficial goals in tandem with great respect given for differing objectives of the academic institution and the community.

The “traditional” type represents the typical town-gown relationship found across much of North America. This might be likened to a marriage of convenience, one where “his” and “hers” goals are much easier to define than what is “ours.” While comfort levels remain fairly high in this arrangement, it is often as not because campus and community members simply ignore each other as they pursue their own individual goals.

The “conflicted” type comes about when campus and community leaders are expending significant amounts of effort in dealing with each other, but comfort levels are relatively low due to friction between the partners. When campuses and communities cannot adequately settle their differences – and likely have a history of unresolved issues from past clashes – they can end up repeatedly fighting old battles alongside efforts to handle new concerns that arise. As a result, town-gown relationships can become habitually conflict-ridden over time, even when present circumstances might not indicate the need for hardline positions to be drawn.

Last and least among the four types is the “devitalized” relationship, where the hallmark is both low comfort and low effort. There is general unease between the partners, and little is being done about it.

Moving this work out of the ivory tower and into a more practical realm, my co-authors and I are piloting a way of measuring the twin concepts of effort and comfort levels by directly asking campus and community partners about their perceptions of each other. It is our belief that viewing town-gown relationships through a marital lens can be both illuminating and useful for higher education administrators and municipal leaders who wish to take the steps necessary to improve their collaborative efforts.

Increased amounts of shared activities that seek common goals make up the bridal path toward greater levels of comfort and cooperation. Although no diamond band is involved, these are the sorts of ongoing courtship efforts that quickly and efficiently lead toward a more “engaged” campus and community. 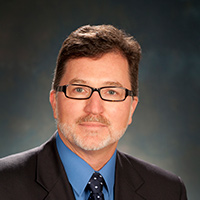 Dean and director of The Ohio State University at Mansfield

Stephen M. Gavazzi is dean and director of The Ohio State University at Mansfield and a professor of human sciences.