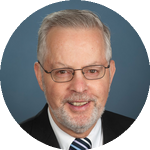 Studying abroad can change your perspective. William Brustein reminisces about his year-long experience in France.

It was 1968, and I was a junior majoring in political science at the University of Connecticut. I saw a poster advertising a year-long program to study in France, and I thought, "This is it!" It was an opportunity for me to experience different political perspectives in a culture different from my own. The only drawback to the program was that it was specifically designed for French and French literature majors. But I was determined. I quickly enrolled in a French language immersion program and passed the speaking and comprehension test. Before I knew it I had paid my $125 and boarded a boat for the nine-day ride across the Atlantic that dropped us off on the shores of France in Le Havre.

My program was at the Université de Rouen, which is located in Mont-Saint-Aignan in northern France, and I was taking advanced French language classes, French literature and French and European history and politics. While the classes were interesting, I found that I learned more during my conversations with French students and the people I encountered as I traveled to Paris and other parts of France on the weekends.

My excitement to witness the political conflict there firsthand was the best education I could ever imagine and really transformed my life. It was what I call my watershed moment.

During my travels I discovered that European students were more left-leaning than the American students, and through our discussions, many of us began rethinking our earlier positions on U.S. foreign policy. More often than not, I found myself in the company of radical or leftist French students who heavily influenced my political views. It was an eye-opening experience to see how the U.S. was perceived abroad, and, as a result, I gained a very different perspective on the Vietnam War.

Little did I know that May 1968 would become a significant part of history – a time well known for political unrest, student demonstrations and social and economic injustice. While the Vietnam War and the civil rights movements were prevalent issues dominating the headlines in the U.S. and around the world, the French were protesting lack of equal access to education for children of the working class. The student uprising and the violence that took place at Sorbonne University in Paris ultimately caused a nationwide strike, threatened a revolution and almost cost then-President Charles de Gaulle the top political post in the French Republic.

The only reason I was at the Sorbonne on May 3 was to hear Daniel Cohn-Bendit – a German activist and student leader – give a talk on education reform. As circumstance would dictate, the right-wing student faction, Action française, threatened a counter demonstration at the Sorbonne. Police ordered an evacuation, and a riot ensued. There were protests, arrests and violence. The demonstrations reached a heightened level that none of us envisioned possible. Caught in the heat of the moment, our goals quickly moved from advocating for education reform to dismantling the French government. But de Gaulle persevered and regained the public’s trust, putting an end to the student demonstrations and the transformation of French society.

These events in which I participated as a student studying abroad shaped my future. Not only did the experience move me to become a political sociologist focusing on European political and social history but also to eventually transition into an administrative career in international education. As a senior international officer, it is my hope and desire to open the door to a world of global opportunities to our students and faculty.

Education is more than just sitting in a classroom and soaking in the information. It’s becoming involved, becoming part of the culture. Learning occurs in a variety of ways and in many different venues.

We are fortunate that more students at Ohio State are deciding to include an international experience into their academic program. Last year, over 2,400 students traveled internationally to participate in a study abroad program, service learning project, research, independent study or an internship. In today’s changing economic marketplace, it is essential to gain international experience and learn about other cultures in order to actively participate and make a difference in our increasingly global society. It will change your perspective about the world in which we live. 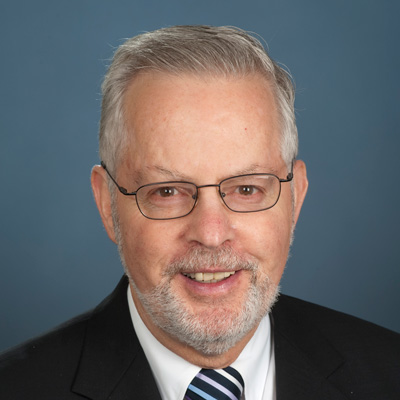 William Brustein is vice provost for global strategies and international affairs and professor of sociology, political science and history.