Lessons from my friend John Glenn 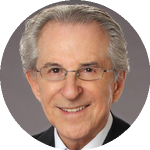 It has been my privilege to observe and learn from John Glenn for more than two decades. I have taken his leadership and governance exemplars and applied them in my writing, my classes and my leadership mentoring practice. On a personal level, I use them in my self-counsel.

A larger-than-life American hero, John Glenn is really special because of the epic example he embodies, his absence of bravado and his genuine concern about people. John Glenn’s effect on me as a role model and mentor has been a series of lessons that I keep on sharing and striving to exemplify.

You don’t have to know him personally to know that Senator Glenn isn’t one to back down from competition or tough issues. He’s inspirational in his drive and boldness and in going after some of the most daring and competitive achievements. He was a record-setting Marine Corps pilot before becoming the first American to orbit earth. He failed in his initial run for the U.S. Senate before winning in 1974 and going on to serve four terms representing Ohio. He ran for president in 1984. He is the namesake of a NASA center as well as Ohio State’s School of Public Affairs.

In 1998, within a year after retiring from Congress, Senator Glenn returned to space aboard the shuttle Discovery at age 77. He has never let age get in his way.

I point this out when people tell me they are too old to go back to school or start their career over. Senator Glenn epitomizes the fact that people can reinvent themselves and their career at any age.

Today, our nation is dealing with the problem that many people hearing the news about the poor economy give up hope. Millions of Americans have stopped looking for work. Others can’t afford to stop working, or maybe they’re not ready to retire, or they’re afraid to leave careers they hate and don’t know how to find satisfying work. Senator Glenn would tell them to never give up.

In my latest book, The Best Thing That Could Ever Happen to You: How a Career Reversal Can Reinvigorate Your Life , I discuss my own and others’ career setbacks and leaps forward to encourage people to drum up the courage to reinvent themselves and their careers and build their legacy. And who better than John Glenn to write the foreword?

He wrote: “In life you must keep moving forward with passion and persistence to advance past the setbacks and disappointments you inevitably encounter. My friend Sander’s take is that, when one chapter of your life ends, it’s time to start reenergizing yourself and write the next.”

As a career coach, I have emulated and urged others to adopt Senator Glenn’s approach to meeting people and conducting business. It neutralizes the heat of situations. Its sincerity peels away layers of fear, animosity and nerves. What a useful manner to demonstrate to others, and what a great piece of mentorship: mentorship created by example, not words.

What have I learned from John Glenn?

The lesson to be learned: It’s always about moving forward in life. 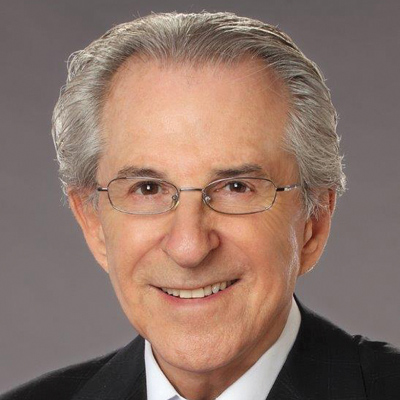 Sander, Class of 1958, is principal of Flaum Navigators and chair of the Fordham Leadership Forum at the Fordham University Graduate School of Business in New York City.