A land-grant university for the world 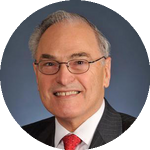 Distinguished Professor of Organizational Behavior Joseph A. Alutto reflects on the importance of Ohio State’s historic land-grant mission and its critical role for the future.

What do President Abraham Lincoln, the world’s smallest pacemaker, improved food security in rural Tanzania, and the invention of a nontoxic, energy-efficient industrial battery have in common? The answer is in centuries-old history that still touches our world today – the once-radical vision of a man who revolutionized higher education in the United States, and made The Ohio State University possible.

In the late 1800s, Vermont Congressman Justin Morrill cast a critical eye on America’s colleges, where access was mostly limited to the wealthy, well-connected city dwellers. Morrill supported higher education for everyone, including industrial workers and farmers. He believed that studying practical subjects could help these workers improve not only their lives, but also their communities. To that end, he introduced the Morrill Act into Congress, proposing that each state receive federally controlled land to establish land-grant colleges that would provide “a liberal and larger education to larger numbers.”

In 1862, in the midst of the American Civil War, President Lincoln signed the Morrill Act into law. He believed the best chance for continued peace and prosperity in the U.S. was to establish a system of higher education that supported the ideals of human equality and armed citizens with the skills they would need to act in pursuit of the common good.

Fast-forward 152 years to present day. During Ohio State’s annual James F. Patterson Land-Grant University Lecture, featured speaker and former APLU President Dr. C. Peter Magrath declared that the land-grant movement “is as relevant and essential in 2014 to America and our world as it was at its birth.”

How can legislation from nearly two centuries ago remain relevant in our increasingly industrialized, globalized world? The answer lies in Ohio State’s motto, Education for Citizenship. Instituted in the 1930s, this concept stems from the land-grant belief that, through education, students can become leaders in society and in their communities across the globe.

This development of critically informed and socially engaged leaders remains an integral component of Ohio State’s mission, including a commitment to providing access to a world-class education for all students, regardless of where they come from or their financial status. The Office of Diversity and Inclusion’s Young Scholars Program is an exceptional example of this commitment. Over the past 25 years, through mentorship and financial aid, YSP has helped nearly 800 students from across Ohio become first-generation college graduates.

As one of the most comprehensive universities in the world, our breadth allows students to pursue their academic passions, and our faculty to pioneer discoveries that improve lives. These innovators conduct research for the public good, and they are finding solutions to the world’s most compelling issues – from inventing a non-polluting industrial battery to achieving food security for rural inhabitants in Tanzania to participating in a global clinical trial of the world’s smallest, leadless pacemaker.

I cannot emphasize enough the importance of these examples, as they relate to the very preservation of our land-grant mission. It is not enough to create new knowledge – we must apply that knowledge to solving real-world problems. I have every confidence that Ohio State will be tackling worldwide challenges for generations to come as the university places an ever-increasing focus on its Discovery Themes – ensuring a sustainable future, nourishing the world’s growing population and promoting the health of people everywhere.

Though Ohio State has changed dramatically since its founding in 1870, one thing remains certain – our dedication to our communities has never waned. With an office in every county, OSU Extension disseminates useful information to the public in every corner of the state. Celebrating its centennial anniversary this year, OSU Extension serves as the university’s official outreach arm. It provides crucial community-based learning about agriculture, families, employment and preparing youth for success.

Meanwhile, our students continue to have a major impact on our community service mission. In the 2012-13 academic year alone, students completed nearly 1.3 million hours of service, applying their classroom knowledge to active citizenship. Upon graduation, these students will take their knowledge and apply it in communities across the globe, making Ohio State a true land-grant university for the world. And in the end, that is our real legacy – preparing these knowledgeable trailblazers who will one day improve the world.

After more than two decades at Ohio State, I have never been more proud of my association with this institution. It is my hope that, while the seasons pass and the years roll, Ohio State will hold firm to its land-grant principles while constantly moving forward, pursuing new knowledge and using it to build a better community, state and world. 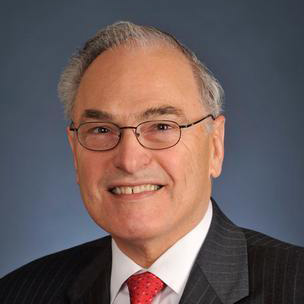 Joe Alutto is a Distinguished Professor of Organizational Behavior. He is the only two-time interim president of Ohio State and the second-longest serving provost in university history.

His second term as interim president ended June 30, when Michael V. Drake assumed the presidency. Alutto shared his thoughts on what it is like to lead Ohio State on "the world stage" in a recent interview, saying: "My job has been to make it possible for people to succeed." He also shared his thoughts on leadership with the Fisher College of Business.