A manufacturing resurgence in Ohio 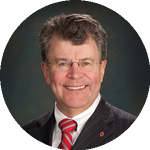 In March, I had the honor of attending a White House ceremony in which President Obama announced that The Ohio State University – co-lead with EWI and the University of Michigan – was being awarded a new innovation hub, the American Lightweight Materials Manufacturing Innovation Institute (ALMMII). The effort will advance cutting-edge development and manufacture of high-strength metallic components, train tomorrow’s workforce and create new jobs in Ohio and the Midwest.

In Ohio and in Michigan, the award was a big, well-deserved win. But it is not the end goal. It is an essential thread of a proposed Ohio State advanced manufacturing fabric connecting key assets and projects already in place, and introducing innovative public-private partnerships that capitalize on Ohio’s manufacturing prowess and talented workers.

As Thomas Edison said, “The three great essentials to achieving anything worthwhile are, first, hard work; second, stick-to-itiveness; third, common sense.” These are key characteristics of Ohioans, and they are essential ingredients of the Ohio State plan.

The university’s new Center for Design and Manufacturing Excellence reflects these Edisonian principles. CDME is the outcome of dialogue with key industry partners, like Honda, and key research partners, such as EWI. CDME will be driven by industry imperatives and capitalize on the research of our faculty and students. We will test disruptive product and production concepts, as well as provide a forum to objectively evaluate infrastructure investments before they are made.

Because of the university’s depth and breadth, Buckeyes can tackle manufacturing issues in all of their complexities. We boast signature strengths in structural materials, metal forming, corrosion and design of automobiles, aerospace platforms, energy systems and products, and Ohio is home to the only accredited welding engineering program in the nation. Our world-class faculty prepares students to work, lead and innovate in this industry. Committing to manufacturing makes sense, and it is part of our land-grant DNA to improve lives and enhance communities.

Manufacturing is critical to Ohio’s economy and future. The state hosts 639,000 manufacturing jobs; that number swells to 3.5 million when expanded to the Midwest. Manufacturing in Ohio annually generates $304 billion in sales and accounts for 17% of the state’s GDP, greater than any other industry sector. Our innovative programs, technical advances and operational efficiencies will build upon this foundation and help Ohio companies compete in the global marketplace.

Ohio State is honored to be among a group of university, industry and policy leaders working to reestablish manufacturing prominence in the U.S. Despite the climate of disagreement in Washington, advancing the manufacturing sector is one area that has garnered bipartisan support. Ohio’s Senators Sherrod Brown and Rob Portman, along with eight members of the Congressional delegation from both parties, stand behind our efforts to reinvent and reinvigorate manufacturing in Ohio and our region. Additionally, Governor Kasich is lending state support to train the next generation of manufacturing workers. Focusing on a better future enables all of us to see past partisan lines.

During the White House ceremony, President Obama properly contrasted the manufacturing industry in Germany to that in the U.S. Germany’s trade surpluses on manufactured and processed products is $270 billion per year. In contrast, U.S. total trade deficit has reached as high as $700 billion per year.

Clearly, we have ground to gain, and we’re on the move. While there are now four manufacturing innovation hubs in the U.S., we need more to compete successfully. The Revitalizing American Manufacturing and Innovation Act (S 1468), sponsored by Senator Sherrod Brown, would expand the American centers, and I encourage Congress to consider and pass the legislation as quickly as possible.

Whereas many economists and political pundits thought “inventing it here and making it there” was prudent policy, The Ohio State University subscribes to the philosophy that “to live well, a nation must produce well.” The new manufacturing institute will provide a foundation for manufacturing innovation in the region and pay handsome returns over time.

“Made in America” has been a symbol of American know-how and productivity for decades. At the heart of this symbol are Ohio and Midwest workers. As noted in a recent report of the National Research Council, “the capacity to innovate is fast becoming the most determinant of a nation’s or region’s ability to compete and prosper in the 21st Century. Innovation encompasses not only research and the creation of new ideas, but the development and effective implementation of technology into competitive products and services.”

Ohio State has the research and the ideas and—now with ALMMII and CDME—the comprehensive fuel to power a manufacturing resurgence. 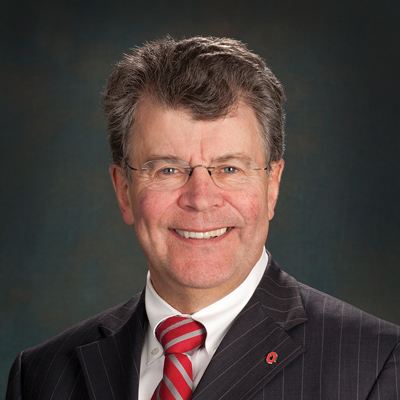