The age of contagion 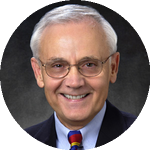 Lonnie J. King
Dean of the College of Veterinary Medicine

Veterinary Medicine Dean Lonnie King explains that the way to fight modern plagues is by understanding the link between human and animal health.

Grim predictions of infectious diseases have been with us as long as recorded history. As author David Quammen remarked in a recent New York Times editorial, our once sunny optimism that modern miracle antibodies would stop modern-day plagues has proven to be mistaken.

Scary new viral diseases such as MERS, SARS, Monkeypox and the West Nile virus are merely the latest examples of zoonotic diseases — those passed from animals to humans — which are now responsible for almost 75 percent of new human infectious diseases over the last quarter century.

The effects of converging people, animals and their products in a planetary mixing bowl have created a new and profound dynamic in our 21st Century. Animals, people and the environment are now elaborately woven together as never before, and our lives are being changed forever by these new levels of human and animal interaction in a deteriorating environment.

New approaches being developed by health leaders to combat these threats include promising research being done in places like The Ohio State University, where I serve as dean of the College of Veterinary Medicine. Ohio State recently received a five-year $2.2 million grant to develop a flu vaccine that would vastly improve the odds of protecting both humans and animals from the flu virus.

Meanwhile, hand-in-hand with the new approaches in the lab is a growing consensus among scientists and health professionals that we must adopt a One Health approach to these threats.

We need a One Health strategy that emphasizes an integrated surveillance system focused on animals, food and the environment as areas of concern. This approach will allow us to see the potential health risks as they present themselves, giving us the opportunity to prevent outbreaks, rather than waiting until people are sick.

Universities with great breadth and depth are especially well-positioned to lead the One Health charge as we are now beginning to do at Ohio State. A key next step is to begin creating One Health academic and research university programs to train our health professionals and form transdisciplinary teams to seek answers to our microbial ecosystem.

This moment in time demands that scientists and health-care workers move beyond the boundaries of their professions and adopt a One Health mindset to match the scale and complexity of human and animal health needs. Nothing less is acceptable. Our world hangs in the balance as we race to come to grips with our new microbial mysteries in labs around the world. 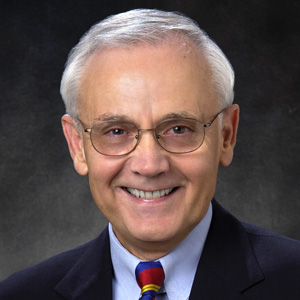 Dean of the College of Veterinary Medicine